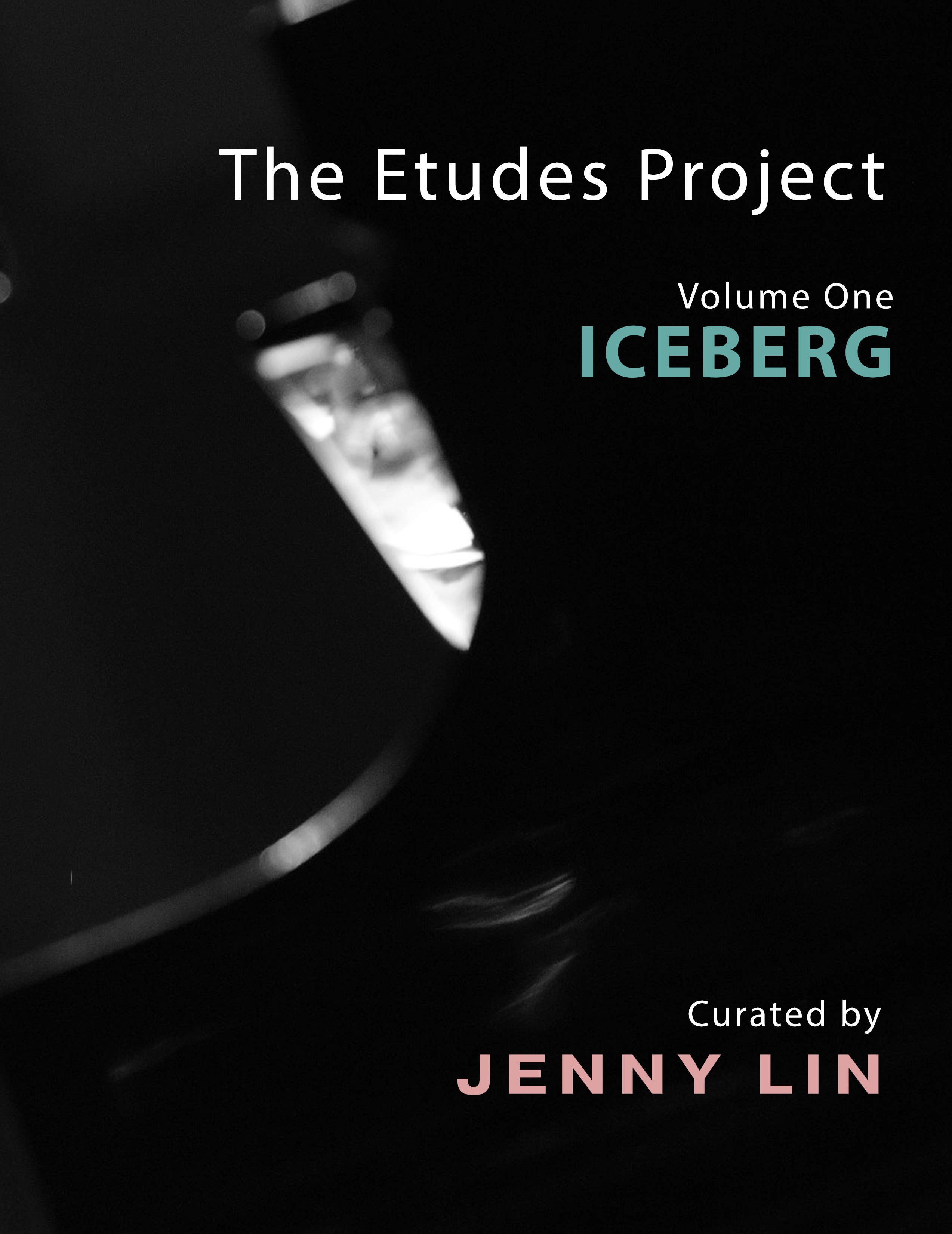 Drake Andersen is a composer and improviser whose work encompasses acoustic and electroacoustic music for diverse performing forces of all sizes, collaborative projects for dance and theater, and interactive electronic environments. His music often incorporates improvisation, live electronics, and virtual scores. His compositions have been performed at venues throughout the United States and Europe, including Symphony Space, New World Symphony Center, (le) poisson rouge, and the Park Avenue Armory by artists such as Jenny Lin, Mivos Quartet, and Contemporaneous.

Born in Mexico City, Víctor Báez is currently based in NYC and Europe. His music has been performed in festivals such as Klangspuren Schwaz, Wien Modern, OME Phoenix, Crosstown Arts Memphis, reMusik in Russia and the International Forum for New Music in Mexico City. He has worked with ensembles such as Yarn/Wire, Ekmeles, Makrokosmos, Contemporaneous, Blueshift, Webern Symphony Orchestra, and others. His works are broadcasted regularly by the Mexican and Austrian radio (Ö1), and his film music has been heard by international audiences in film festivals across the globe.

As an educator, he maintains an ongoing relationship as Visiting Professor with the Barenboim-Said Foundation in Ramallah, Palestine.

Professionally, his main interest is to collaborate with musicians and other artists towards the realization of creative projects that will pose an interesting question or challenge – both to the artists and the audience involved.

Stephanie was the 2016-18 Composer in Residence for the Eureka Ensemble in Boston, the 2013/14 Collage New Music Fellow, and has had composition residencies at summer festivals in Italy, Canada, and the US. Boyd has taught composition privately for eight years and her students have been accepted into the music schools at University of Toronto, University of Michigan, Indiana University, UC Boulder, Michigan State University, and others. She is a recipient of the Donald Martino Award for Excellence in Composition and is a two-time recipient of the CCPA Vector Award, and has won numerous grants from the Women’s Philharmonic Advocacy. She holds degrees from Roosevelt University and New England Conservatory (with honors). Boyd was one of the last violin students of renowned pedagogue John Kendall.

Boyd is a member of the Iceberg New Music Composers Collective. Her catalog is published by TRN Music and FEMOIRE. A critic for American Record Guide and I Care If You Listen, Boyd lives in Manhattan. She is often dressed by Michelle Smith of MILLY for concerts and events and this season her red carpet and gala outfits are by Boston designer Sasha Parfenova.

Alex Burtzos is an American composer and conductor based in New York City and Orlando, FL. His work has been performed across four continents. Alex has collaborated with some of the world’s foremost contemporary musicians and ensembles, including JACK Quartet, Yarn/Wire, Contemporaneous, ETHEL, loadbang, Jenny Lin, RighteousGIRLS, and many others. He is the founder and artistic director of ICEBERG New Music, a New Yorkbased composers’ collective, and the conductor of the hip-hop/classical chamber orchestra ShoutHouse.

As a composer, Alex is committed to pursuing artistic expression unconstrained by boundaries of school or style. His music often incorporates elements of the 20th Century avant-garde, jazz, rock, metal, and hip-hop alongside or against classical/preclassical structures and sounds, justifying these juxtapositions with a great depth of musical ideas and extra-musical knowledge. Alex’s music takes as its basis and provides commentary on a diverse array of subject matter, from early colonial history to recent events, from Shakespeare’s tragedies to naughty text messages. His unique approach has earned him accolades and awards from organizations around the world.

Alex holds a DMA from Manhattan School of Music, where his primary teachers were Reiko Fueting and Mark Stambaugh. He is Chair of Composition Studies at The University of Central Florida.

Yu-Chun Chien is a Taiwanese composer based in the United States and Taiwan. Her compositions and arrangements have been published and performed in Taiwan, the United States, Germany, France, Finland, Italy and the Netherlands. She has appeared at festivals and residencies such as Time of Music (Musiikin aika), ilSUONO Contemporary Music Week, June in Buffalo, Internationales Musikinstitut Darmstadt, impuls International Ensembles and Composers Academy for Contemporary Music, Asian Composers League Conference and Festival, Etchings Festival, and the Loretto Project.

Yu-Chun Chien is a Visiting Assistant Professor at West Virginia University. Previously, she was appointed coordinator of aural skills and coordinator of theory tutoring program at Manhattan School of Music.

Yu-Chun Chien received her Doctor of Musical Arts and Master of Music degrees from Manhattan School of Music in New York, and her Bachelor of Music degree from Taipei National University of the Arts in Taiwan. Some of her most influential teachers have been Reiko Füting, Susan Botti and Chung-Kun Hung.

As a composer, Yu-Chun Chien constantly searches for new means of expression, which can be transformed in personal and intimate ways.

Derek Cooper’s music has been performed worldwide by groups including Contemporaneous, Sonic Apricity, the Indiana University of Pennsylvania wind ensemble, Jenny Lin, Yarn/Wire, Ekmeles, the Iridium Saxophone Quartet, and Blueshift Ensemble. His piece, Kill James, was recently awarded an honorable mention for the New York Composers Circle’s 2019 Joh Eaton Memorial Composition Competition. In 2016, Derek joined the ICEBERG collective, a select and diverse group of emerging New York composers.
​
Earning his Bachelor’s degree in Music Theory and Composition in 2009 from Indiana University of Pennsylvania, Derek studied with American Prix de Rome winner Daniel Perlongo while also taking lessons with Jack Stamp, Christopher Marshal, and Richard Danielpour. Derek continued to study with Richard Danielpour, earning his Master’s degree from Manhattan School of Music in composition in 2014. In the Fall of 2014, Derek returned to Manhattan School of Music to begin his doctoral studies under Dr. Reiko Fueting as a doctoral teaching fellow.
​
Derek currently teaches music theory at Ramapo College of New Jersey’s School of Contemporary Arts as well as teaching composition and musicianship courses at the Hoff-Barthelson Music School. He also teaches theory and ear training at Manhattan School of Music and during the summer, he oversees the composition department for MSM Summer. His music is published through his own website as well as Knightwind Music and NewMusicShelf. For more information and to hear samples of Derek’s work, visit: www.DerekCooperComposer.com.

Max Grafe (b. 1988) writes music with the aim of striking a distinctive balance between the stylistic immediacy of modernism and the dramatic power of romanticism. Max’s music has been performed by a wide range of prominent and emerging ensembles—including the New York Philharmonic, Contemporaneous, Yarn/Wire, Quince Ensemble, New Thread Quartet, and Flux Quartet—and has been featured at numerous music festivals across the country, including the Tanglewood Music Center, the Resonant Bodies Festival, and the Santa Fe Chamber Music Festival. Upcoming projects include collaborations with Hypercube, hornist Steven Cohen, Duo Entre-Nous, and ensembleNEWSRQ. Max is a founding member of New York-based composer collective Iceberg New Music, which is preparing to launch its fourth season in collaboration with Hypercube and Unheard-of Ensemble. Max’s music appears on commercial recordings by the New York Philharmonic, Quince Ensemble, pianist Mika Sasaki, and harpist Emily Levin, and will be featured on multiple upcoming commercial releases, including an album by pianist Jenny Lin of etudes written for her by Iceberg composers.

Max has received several of the most prestigious awards available to emerging American composers, including a Charles Ives Scholarship from the American Academy of Arts and Letters, a William Schuman Prize from BMI, two consecutive Palmer Dixon Prizes from the Juilliard School, and a Morton Gould Young Composer Award from ASCAP. He also once narrowly edged out Dmitri Shostakovich in a Facebook opinion poll of favorite composers, of which he is prouder than he probably should be.

Will Healy is a composer and pianist based in New York. Noted for his “lushly bluesy” sound and “adroitly blended… textures” (New York Times), he is the artistic director of ShoutHouse, a collective of hip-hop, jazz, and classical musicians. After playing trumpet in an Afrobeat band for a few years, he grew interested in collaborating with performers from many corners of the New York music scene. In addition, he is an accomplished pianist specializing in Bach, with a repertoire that includes the complete Goldberg Variations. Healy was the recipient of the Richard Rodgers Scholarship at The Juilliard School, where he studied with John Corigliano, Steven Stucky, and Samuel Adler. He has also studied with Kevin Puts, Harold Meltzer, and Richard Wilson.

Recent awards include a Charles Ives Scholarship from the American Academy of Arts and Letters, two ASCAP Morton Gould Awards, the W.K. Rose Fellowship, a JFund commission from the American Composers Forum, and prizes in the Juilliard and Kaleidoscope Orchestra Composition Competitions. He was the recipient of the Aaron Copland Prize from the Bogliasco Foundation in 2018, and has been a fellow at the Aspen Music Festival, Minnesota Orchestra Composers Institute, and the L.A. Phil’s National Composers Intensive. Healy’s work has appeared at The Kennedy Center, Lincoln Center, The Apollo, on the NY Philharmonic’s Biennial series, on “New Sounds” with John Schaefer (WNYC) and “Making Music” (WBAI), and more. He studied piano for many years with Dennis Malone at the Crestwood Music School.

Jon (he/him) writes music. He’s been to some schools for it, won a couple awards, worked with some people you may or may not have heard of. He’s currently in residence with the American Chamber Ensemble and the Blueshift Ensemble.

New York City-based composer Harry Stafylakis (b. 1982) hails from Montreal, Canada. “Dreamy yet rhythmic” (NY Times), with a “terrible luminosity” and “ferociously expressive” (Times Colonist), his concert music is “an amalgamation of the classical music tradition and the soul and grime of heavy metal” (I Care If You Listen), “favoring doomsday chords and jackhammer rhythms” (The New Yorker).

Awards include the Charles Ives Fellowship from the American Academy of Arts and Letters, the ASCAP Foundation’s Leonard Bernstein Award, four SOCAN Foundation Awards for Young Composers, and grants from the Canada Council for the Arts, NYSCA, SSHRC, and New Music USA. He serves on the board of directors of GroundSwell (Winnipeg), is an Associate Composer of the Canadian Music Centre, and a founding member of the NYC composer collective ICEBERG New Music.

Stafylakis holds degrees from McGill University and The Graduate Center, CUNY, and lectures at the City College of New York. His research examines the conception of rhythm and meter in progressive metal.