NewMusicShelf and Black Tea Music present an evening of new art song for baritone and piano. 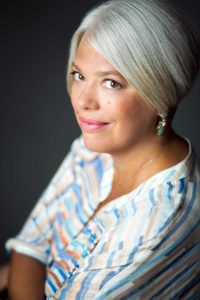 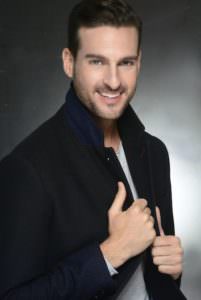 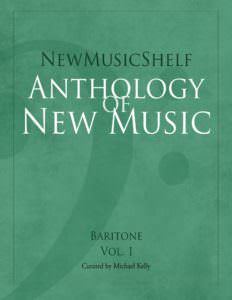 Michael Kelly
Praised as “expressive and dynamic” and “vocally splendid”, American baritone Michael Kelly continues to distinguish himself as a consummate artist, sought-after for his riveting interpretations of recital, concert and operatic repertoire.

This past season, Mr. Kelly made his Carnegie Hall debut in a new oratorio by Mohammed Fairouz, and performed Schubert’s Die Schöne Müllerin with celebrated guitarist David Leisner at New York’s Symphony Space. He also performed the role of Figaro in Barber of Seville, Brahms’ Ein Deutsches Requiem, and the NY premier of Carlyle Floyd’s newest opera Prince of Players.

Recently Michael debuted with the Houston Symphony and Theatre du Chatelet, as well as performing recitals at New York’s Neue Galerie, The Baryshnikov Arts Center and in Ann Arbor, Michigan. He was heard at The Kennedy Center, Boston’s Schubert Theater, and at the National Opera Center. He has performed world premiers by Matthew Aucoin, David Del Tredici, Mohammed Fairouz, and Ben Moore. An avid and passionate recital and chamber music interpreter, he can be found on recordings of Fairouz’s Zabur, Del Tredici’s A Field Manual, and a soon-to-be released documentary celebrating the life and music of David Del Tredici.

Mr. Kelly has won prizes in several prominent competitions, including first prizes in 2013’s Poulenc Competition and 2011’s Joy in Singing. He is a graduate of the Eastman School of Music and Juilliard, and was a member of the Opernstudio at Opernhaus Zurich. Michael is also artist director of SongFusion, a recital series based in Manhattan.

Kathleen Kelly
KATHLEEN KELLY begins the 2018-19 season on the heels of a successful recital tour with mezzo-soprano Jamie Barton and an acclaimed scenes concert at the San Francisco’s Merola program. The year ahead begins with Madama Butterfly at Opera Columbus. It continues on recital stages with Jamie Barton, Caitlin Lynch, Michael Kelly, Ariana Strahl, Jonathan Lasch, and Monica Dewey. All through the year, Kathleen will continue her coaching work with new and established artists, most especially with the students at the Cincinnati College-Conservatory of music, where she joins the faculty in September.

Kathleen enjoys a wide-ranging and dynamic musical life as a pianist, opera coach, conductor, and master teacher. The first woman and first American named as Director of Musical Studies at the Vienna State Opera, Kathleen joined the faculty of the University of Michigan in 2015 as that school’s first Coach/Conductor of Opera. There, she has led performances of Giulio Cesare, Gianni Schicchi, L’heure espagnole, Cosi fan tutte, and A Midsummer Night’s Dream.

Since her return to the US, Kathleen has led performances of Le nozze di Figaro at Wolf Trap, the premiere of Emmerich Kálmán’s Arizona Lady at Arizona Opera, and Francesca Zambello’s critically acclaimed Ariadne on Naxos at the Glimmerglass Festival; that production was a finalist in the 2015 International Opera Awards. She also conducted the West Coast premiere of Ricky Ian Gordon’s A Coffin in Egypt, starring Frederica von Stade.

Kathleen has performed internationally as a recital pianist: at Weill Hall, the Terrace Theater at the Kennedy Center, Vienna’s Musikverein and in the Mahlersaal of the Vienna State Opera, Manhattan’s Neue Galerie, on the Schwabacher Series in San Francisco, at the Tucson Desert Song Festival, and at numerous universities and colleges across the United States. Her recital partners have included Jamie Barton, Christine Goerke, Michael Kelly, Troy Cook, Amber Wagner, Susan Graham, Albina Shagimuratova, Valentina Nafornita, Joyce DiDonato, and Thomas Hampson. She has curated art song series for the Houston Grand Opera and the Vienna State Opera, and currently is artistic director of the Kerrytown Concert House in Ann Arbor, Michigan.

Kathleen is a regular guest coach for Washington National Opera’s Domingo-Cafritz program, and works regularly with young artist programs nationally, notably at the Los Angeles Opera, the Chicago Lyric Opera, Michigan Opera Theater, and the Houston Grand Opera. While on faculty at the University of Texas at Austin, she was the principal coach of the Butler Opera Center.

Additionally, Kathleen is gaining recognition as a writer of articles, translations, and original texts. She has written lead program articles for Wolf Trap, Houston Grand Opera, and Arizona Opera. For the Arizona Lady performances, she created a new trilingual adaptation of the libretto. 2015 saw the premiere of Texanische Liebeslieder, a song cycle by David Hanlon for which she provided the text. In 2016, she is created a new English translation of Hansel und Gretel for Tri-Cities Opera, and in 2017 was commissioned by Wolf Trap Opera to write the libretto for David Hanlon’s opera for children, Listen, Wilhelmina!