NewMusicShelf and Black Tea Music present an evening of new art song for soprano and piano. 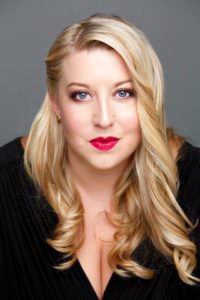 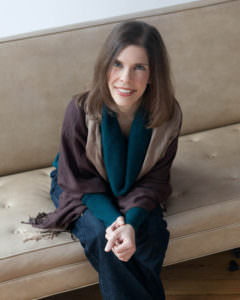 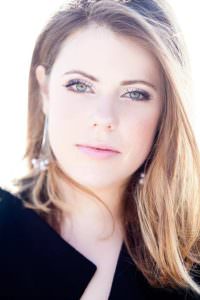 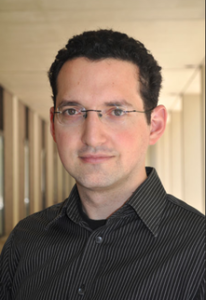 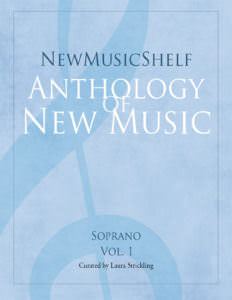 A devoted recitalist, she has performed with the Brooklyn Art Song Society since 2012, and has appeared with Lyric Fest of Philadelphia, Joy in Singing, Trinity Concerts at One, the American Liszt Society, the Half Moon Music Festival, Art Song at the Old Stone House, the Brooklyn New Music Collective, SongFusion, and Vox 3 Collective, and was a featured performer at the 2016 New Music Gathering. Laura and pianist Liza Stepanova were Artists in Residence in December 2016 at the Yellow Barn Music Festival, where they presented a program of Granados and modern song, including the world-premiere of Ciudades del Porvenir by Reinaldo Moya.

Her recording of James Matheson’s Times Alone with Yarlung Records was hailed by MusicWeb International for, “shapely, nuanced voicings and emotional urgency…a striking directness.” New Voices, the Billboard Classical Top-Ten-selling CD including her recording of Glen Roven’s The Vineyard Songs was acclaimed by Opera News, “Laura Strickling’s lovely diction and warm, clear sound bring attractive immediacy to this cycle.” She can also be heard on the “New American Song @SongFest,” CD, performing Jake Heggie’s Edna St. Vincent Millay. Her upcoming recording releases include a CD of songs and vocal chamber works by Tom Cipullo on the Albany Label, and a her first solo CD project of American art song with pianist Joy Schreier.

Ms. Strickling was a vocal fellow at the Tanglewood Music Center in 2013 and 2014, a resident artist at the Steans Music Institute at Ravinia in 2012, a recipient of the Marc and Eva Stern Fellowship at SongFest in 2011 and 2012, and performed in The Song Continues…with Marilyn Horne – Weill Music Institute’s 2012 Professional Training Program at Carnegie Hall.

A Chicago native, Ms. Strickling is an avid traveler, having lived in Fez, Morocco, where she studied classical Arabic, and Kabul, Afghanistan, where her husband was the founding chair of the Department of Law at the American University of Afghanistan. She currently makes her home in St. Thomas, U. S. Virgin Islands.

Jamie Jordan is a passionate music educator; she teaches privately in New York City and the metropolitan area. She can be heard on Albany Records, GIA publications, Innova Records, Ravello Records, and Sanctuary Jazz.

Kristina Bachrach
Soprano Kristina Bachrach is emerging as a young artist confident in an extensive range of styles and languages. In 2017, she has joined MetroWest Opera Company as Musetta in their production of La femme bohème, an all-female take on Puccini’s evergreen masterpiece, and has appeared with the String Orchestra of Brooklyn as soloist for Knoxville: Summer of 1915. She made her American Lyric Theater debut as part of their The New Crew event, presenting the initial hearings of works by Shuying Li and Andy Teirstein, and rejoins Bare Opera as Susanna in the two-hour Mozart / Rossini pastiche Figaro / Figaro! A frequent and beloved guest artist with the Brooklyn Art Song Society (BASS), she appears with them on a variety of French mélodie concert programs throughout the season.

During the 2016–2017 season, Ms. Bachrach made her debut with the New York Choral Society at St. Patrick’s Cathedral for the American premiere of Joseph Vella’s The Hyland Mass, be produced by the Order of Malta, and joined the Brooklyn Art Song Society (BASS) in repertoire ranging from Schubert Lieder to Hanns Eisler’s Hollywood Songbook.

In recent seasons, Ms. Bachrach has become increasingly in demand for fulfilling prestigious artist residencies. In the spring of 2018 Ms. Bachrach will be be an Artist-In-Residence at the University of Wisconsin, Madison, where she will perform a recital and deliver a lecture on music by composers who were suppressed or killed during the Holocaust. In the spring of 2017, she joined the Fall Island Vocal Arts Seminar under the guidance of Stephanie Blythe and Alan Smith, to focus on the study and performance of song literature written by living composers. From there on she spent the summer in residence at North America’s most prestigious chamber music retreat, the Marlboro Music Festival. As one of a select few singers invited to Marlboro, Ms. Bachrach will study and perform Lieder and chamber music alongside their world-renowned artist roster.

Ms. Bachrach served as a 2016 Artist in Residence at Yellow Barn Music Festival and at SongFest, where she gave a recital with composer John Musto at the piano. During the summer of 2015, she fulfilled a residency at the Marcella Sembrich Opera Museum in Bolton Landing, NY, followed by a residency with the Lake George Music Festival, where she was featured in a performance of Barber’s Knoxville: Summer of 1915. In 2014 she fulfilled a Winter Artist Residency at the Banff Centre (BAIR), focusing on the music of Elliott Carter and Judith Weir. As a Fellow of the Tanglewood Music Center, Ms. Bachrach performed Pierrot Lunaire and was a featured soloist in the Mark Morris Dance Group’s production of Dido and Aeneas. She enjoys a long-standing relationship with SongFest at Colburn, as a three-time recipient of the Marc and Eva Stern Fellowship, and has recorded songs of John Harbison for a new recording commemorating SongFest’s twentieth anniversary.

Ms. Bachrach’s concert activity includes recital performances of Milhaud’s rarely-performed song cycle Alissa in the Masterworks Series at BargeMusic and at Notre Dame University, and performances of Schoenberg’s Second String Quartet with the Cantata Profana Ensemble in New Haven and New York. Additional New York performances include her debut with the String Orchestra of Brooklyn as the soprano soloist in the Pergolesi Stabat Mater, and her Carnegie Hall debut with the Cecilia Chorus and Orchestra as the soprano soloist in the Bruckner Te Deum. Ms. Bachrach has performed in recital under the auspices of the Moravian Music Foundation and the Joy in Singing Foundation, and toured a Brahms Lieder program with the Brooklyn Art Song Society.

Equally adventurous as an operatic artist, Ms. Bachrach has appeared in new and rarely-performed repertoire with Thompson Street Opera (Louisville, KY), Gotham Chamber Opera, Opera Naples, and New York’s Bare Opera, in whose inaugural production of L’enfant et les sortilèges she made her role debuts as the Princess and Shepherdess. Ms. Bachrach has fulfilled residencies with Nashville Opera, where she appeared as Clorinda in La Cenerentola and Papagena in Die Zauberflöte, and Lyric Opera of Virginia, where she returned to perform Musetta in La bohème.

Daniel Schlosberg
Daniel Schlosberg has been described as an “expert pianist” (Boston Globe), and his performances have been praised for their “intellect and passion” (Washington Post). As a collaborative pianist, Tim Smith of the Baltimore Sun wrote: “Daniel Schlosberg was a model accompanist, bringing out the remarkable richness of the piano writing.”

He enjoys a multifaceted relationship with the Chicago Symphony Orchestra. In addition to appearing on numerous chamber music and new music concerts, he was a featured soloist in subscription performances of Messiaen’s “Trois Petites Liturgies”, for which John von Rhein in the Chicago Tribune wrote: “Daniel Schlosberg played the daunting piano part splendidly”; and Lawrence A. Johnson of the Chicago Classical Review wrote of “a prominent, challenging piano part, played here with great fire and conviction by Daniel Schlosberg in a notable CSO debut.”

He gives frequent solo recitals at Bargemusic and the Los Angeles County Museum of Art, and in past seasons has appeared in solo and chamber repertoire at the Austrian Cultural Forum (New York) Dame Myra Hess Series (Chicago), Phillips Collection, and at the embassies of Romania, Israel, Austria and Germany in Washington, D.C. He appears frequently on radio stations nationwide.

Schlosberg is an avid proponent of new music and has collaborated frequently with eighth blackbird and Third Coast Percussion, as well as with the International Contemporary Ensemble, Ensemble Dal Niente, Pittsburgh New Music Ensemble, pianist Amy Briggs, and the New Music Ensembles at the University of Chicago and University of Illinois. He was also a founding member of Yarn/Wire. In 2009, he gave the US premiere of renowned composer Kaija Saariaho’s “Calices” with violinist Austin Wulliman.

Another particular interest of Schlosberg’s is song accompaniment, and he has a long-standing duo with the baritone Ryan de Ryke. In 2007, he curated and performed in a series of six concerts nationwide exploring the early chamber music and lieder of Erich Wolfgang Korngold, and each October he directs and performs in the Baltimore Lieder Weekend.

On harpsichord, Schlosberg has participated in the world premiere of Anna Clyne’s “Of Sudden Shut” on MusicNOW, the Chicago Symphony Orchestra’s new music series, played the continuo/recit for Le Nozze di Figaro for Opera Notre Dame, and performed excerpts from Vivaldi’s “The Four Seasons” with Itzhak Perlman at Carnegie Hall (Zankel).

He has served as a staff accompanist the Perlman Music Program (Shelter Island, NY and Sarasota, Fl.), and for the vocal program of the Steans Music Institute at Ravinia; and in 2016 he was engaged as repetiteur for the Ojai Music Festival. In the summer of 2000, he held the Leonard Bernstein Fellowship in Piano at Tanglewood. The same summer, he took part in a special collaboration with the Paul Taylor Dance Company at the Jacob’s Pillow Festival in performances of solo Debussy.

He has taken an increasing interest in conducting, attending workshops with Donald Schleicher and Larry Rachleff, as well as serving as Assistant Rehearsal Conductor for Afterword, the critically acclaimed opera by George Lewis.

He has been on faculty at the University of Notre Dame since 2005. In addition to his service in the music department, he is faculty advisor to the Table Tennis Club of Notre Dame.