On the Threshold of Spring

Report an abuse for product On the Threshold of Spring

When Dr. Tim Topolewski commissioned me to compose a new piece for Northern Symphonic Winds (NSW) of Charlevoix, MI, I’d have lived here just short of 3 years. I’ll admit, that growing up and studying music in Philadelphia, I never thought I’d end up in Northern Michigan composing music for local ensembles. However, the skill level and prestige of NSW has me elated — I couldn’t be more grateful for their willingness to commission new music, program new music, and push the boundaries of the nearby audience. Thank you, NSW!

On the Threshold of Spring is all about the transition from Winter into Spring. As a child on the east coast, Spring was always my least favorite season. All I ever thought about when March rolled around was allergies. “Ugh…here come the itchy eyes,” I’d always say. Now that I’ve experienced the everlasting winters of the Little Traverse Bay, I’ve officially begun yearning for Spring. “YES! 45-degree rain! Warmth!”

When Spring finally rolls around, there’s a certain magic in the air. The ice crystals melt off the tree branches, the constant snow transforms into the occasional rain, and the massive snow banks become rivers, feeding the unearthed foliage. Not to mention the beautiful rays of the sun return after months of cloud-cover. Almost instantaneously, the locals’ moods are uplifted. Spring becomes a talking point for weeks, primarily about how everyone is thrilled of its arrival.

However, the transition doesn’t come without its difficulties. The warm-but-not-warm-enough temperatures, the potential of dangerous flash floods due to the snow accumulation, the very wet and muddy grounds that come with snow-melt, and everything in between. Underneath it all, though, is the great anticipation of when the season settles; when the region becomes a gateway to the thousands of resorters who come to relax each year.

On the Threshold of Spring is ultimately an homage to the arrival of springtime air in Northern Michigan (although you might hear “second winter” that we so often experience). I love it here, and I hope this piece reflects my joy for the highly anticipated change of seasons. 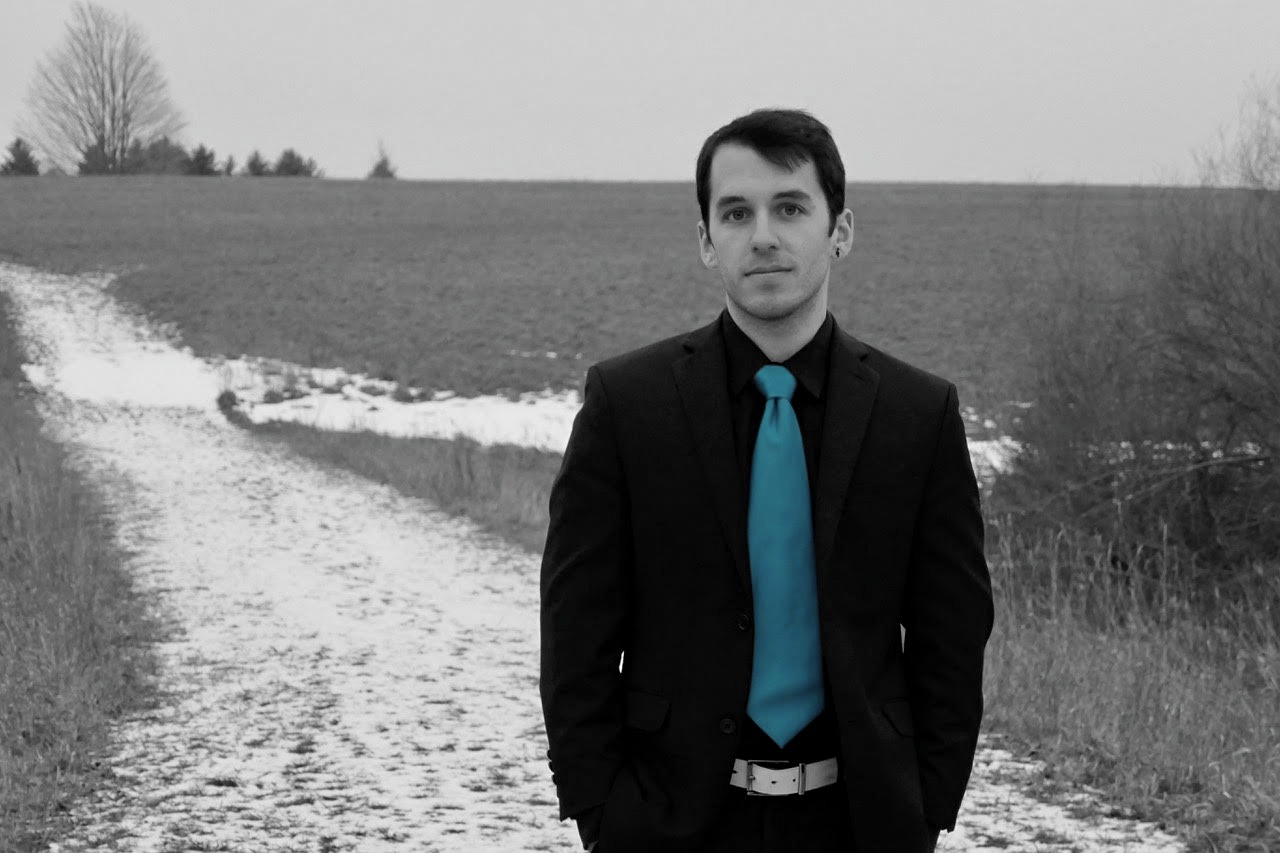 Tony is a composer and orchestrator for concerts and multimedia living in Petoskey, MI. He provides a multi-layered and sensory experience through expressive, colorful orchestration and warm melodies. He adds new perspectives to stories, environments, and everything in between through massive orchestral productions, as well as intimate atmospheres.

With performances and readings from renowned ensembles such as Apollo Chamber Players, the University of Cambridge Concert Band, and the Pittsburgh Symphony Orchestra, Tony's music has been played across the globe.

He actively brings new music to his Northern Michigan home. Northern Symphonic Winds (NSW) of Charlevoix, MI, commissioned Tony to write a new piece for the ensemble, titled, On the Threshold of Spring, which premiered in May 2019. He is currently NSW's composer-in-residence. Since 2018, he has worked closely with the Bay View Music Festival in Petoskey, with performances, premieres, and presentations for the summer students. In December 2019, he worked with The Accidentals, a local folk band, orchestrating their music for performance with the Traverse Symphony Orchestra.

Continually branching out into various styles, many of his projects involve sacred music: the full, orchestral score for Saint Luke Productions' latest drama, "Tolton: From Slave to Priest," their upcoming film, "Faustina: Messenger of Divine Mercy," an Ave Maria for SATB Choir and Organ, as well as a Concert Band piece commissioned by Holy Ghost Preparatory School in Bensalem PA, "Rejoice in the Holy Spirit," which premiered in September 2018.

All the while, Tony lives the life of a video game composer, constructing sonic spaces and emotionally-driven tracks to enliven each game's world. His most recent, completed soundtracks are that for Kharon's Crypt and Rot:Purge. Currently, he is working on the music for Call of Saregnar, a 90’s-inspired low-poly 3D RPG. Bridging the gap between “game music” and “contemporary classical music,” he continually strives to have his soundtracks performed as a means to draw in new audiences to the world of classical music. One example is his Suite from Kharon's Crypt, an orchestral medley of tracks from the Kharon's Crypt soundtrack.