String Quartet No. 1 in A

Report an abuse for product String Quartet No. 1 in A

Why “No. 1”? Because it’s the first essay in the form that I’ll still stand by, and because I have sketches for No. 2. Why “In A” (major/minor)? Because it is, and I can, and if you don’t like it, go listen to some Ferneyhough. It’s dedicated to the memory of major American quartet writer David Diamond, who died while I was writing it. It was premiered by the Cleveland Chamber Collective, on a Cleveland Composers Guild concert.

I. Sonata quasi una ciaccona “Quasi una ciaccona” because instead of two themes, it is based on two series of chord roots, which are subjected to the classical serial procedures (without, however, subjecting the harmonies erected upon them to the same procedures). This doesn’t always result in functional harmony, but there’s FUN in dysFUNctional.. It sounds a bit like early Beethoven would have if Beethoven’s dad had driven him into 20th century American commercial music.

II. In silent streets of water. The original impetus for this came from images of the Hurricane Katrina flooding. It later went in other directions, and should in no wise be understood as “about” Katrina. It’s just a better title than “adagietto” or “mesto”.

III. Rondo Afro-Gorale The original conceit was to imagine a blues band crash-landing in the Tatra mountains of Poland and swapping licks with the local string band. There’s very little authentically Black or Polish about this, except for some boogie and blues feel, particularly in the central section, and the heavy double-stopped beats, where sounds seem to be thrown at the ictus instead of placed on it.. 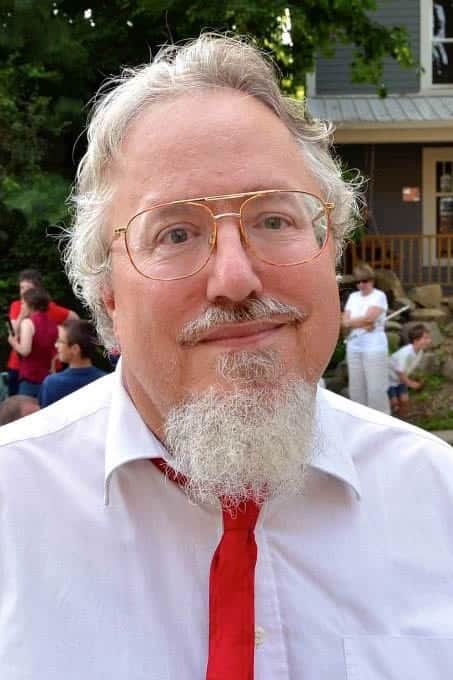 Jeffrey Quick was born in Cass City MI in 1956, and began composing at age 11. He received a BM in music history in 1978 from the University of Michigan, where he studied composition with William Bolcom and Leslie Bassett, and the MM in composition from Cleveland State University in 1991, where he studied with Bain Murray, Rudolph Bubalo and Edwin London. His works are print-published by Hoyt Editions, the American Recorder Society, Lorenz, and CanticaNOVA, while chamber works can be downloaded from newmusicshelf.com and choral works are available at cpdl.org. He is assistant music librarian at Case Western Reserve University, and is a member and past President of the Cleveland Composers Guild. He has been a paid church chorister for about 25 years, and currently directs the Gregorian Schola at St. Sebastian Parish, Akron OH. A resident of Northeast Ohio since 1986, he lives in a small town on 6 acres with his wife Rusty and assorted livestock. Further information on his works can be found at www.jeffreyquick.com

Be the first to review “String Quartet No. 1 in A” Cancel reply