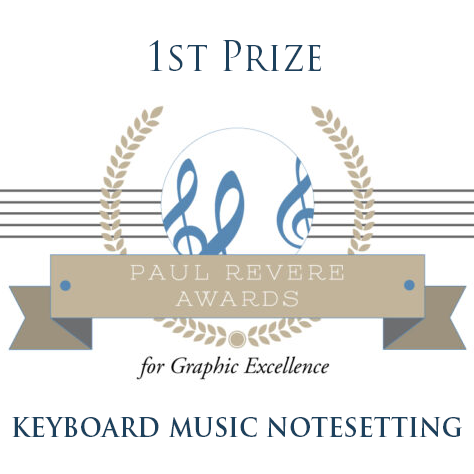 submit Purchase Orders to newmusicshelf@gmail.com
(A Note on Binding »)

Discounted rates are available for teachers purchasing multiple copies for their studio. Email newmusicshelf@gmail.com for details.

Commissioned by pianist Jenny Lin, these ten études were written by the composer members of ICEBERG New Music as the inaugural collection of Ms. Lin's Études Project:

“I have always been fascinated by the intricate history of piano études, and how throughout written music it has continued to be one of the most important genres in keyboard literature. How did we get from Bach’s Clavier-Übung to Philip Glass’s Piano Etudes? And where is the form going now? I hope to explore these questions through The Etudes Project."

Rather than provide a specific étude prompt for each member of ICEBERG, Lin gave them free rein to challenge her technique. Then, after the pieces were written, she paired each new work with an existing “partner” étude from the Western canon (including works by Messiaen, Glass, Ligeti, Unsuk Chin, Debussy, Ruth Crawford Seeger, and others) with which she, and each composer, found a kindred musical relationship.

“Jenny and the ICEBERG member composers have gone back and forth for over a year about every aspect of this album - from specific technical questions about the pieces themselves to questions regarding their companion repertoire works and ordering in the finished program. What listeners will hear in the album is the result of 11 artists thinking deeply about the étude as a concept, and their personal places in the ongoing history of the genre.

In the 10 new works, the ICEBERG composers explore everything from aleatoric atmospheres to Chicago house music, forcing Jenny to demonstrate her immense virtuosity in a variety of different styles. This, we think, is a new approach to designing concerts (and albums), one that challenges artists and rewards listeners by demonstrating the depth and breadth of contemporary composition.”

The Etudes Project, Volume One: ICEBERG has been recorded by Jenny Lin for Sono Luminus.

Works in this volume


Alex Burtzos: Should the Wide World Roll Away

Jenny Lin is one of the most respected young pianists today, admired for her adventurous programming and charismatic stage presence. She has been acclaimed for her “remarkable technical command” and “a gift for melodic flow” by The New York Times. The Washington Post praises “Lin’s confident fingers… spectacular technique… “, “…surely one of the most interesting pianists in America right now…” and Gramophone Magazine has hailed her as “an exceptionally sensitive pianist”. Her orchestral engagements have included the American Symphony Orchestra, NDR and SWR German Radio orchestras, and Orchestra Sinfonica Nationale della RAI. Her concerts have taken her to Carnegie Hall, Avery Fisher Hall, Kennedy Center, Lincoln Center’s Great Performers, SF Jazz, MoMA, Stanford LIVE, and National Gallery of Art, appearing at Festivals such as Mostly Mozart, BAM’s Next Wave, Spoleto USA, Kings Place London, Chopin Festival Austria, and Schleswig-Holstein Festival Germany.

Since 2000, Jenny’s discography includes more than 30 recordings on Steinway & Sons, Hänssler Classic, eOne, BIS, New World and Albany Records. She is also the central figure in “Cooking for Jenny” by Elemental Films, a musical documentary portraying her journey to Spain. Other media appearances include CBS Sunday Morning, NPR Performance Today, and “Speaking for Myself”, a film about Manhattan as seen through the eyes of eight contemporary artists by filmmaker Bert Shapiro. Born in Taiwan and raised in Austria, Jenny studied at the Hochschule für Musik in Vienna, the Peabody Conservatory in Baltimore and the Fondazione Internazionale per il pianoforte in Como, Italy. She holds a bachelor’s degree in German literature from The Johns Hopkins University.

Highlights of the 2019/20 season include performances throughout North America and Europe; her continuing “Melody’s Mostly Musical Day” children’s concerts; the release of the complete piano music of Artur Schnabel, Etudes Project Volume One, and music of Philip Glass. Since 2014, she has joined Mr. Glass in his ongoing world tour of his Etudes. Jenny is a Steinway Artist.


A Note on Binding

To adhere to recommendations by the Music Library Association, and to aid in library shelving, the NewMusicShelf Anthologies are perfect bound books. Since perfect binding frequently prevents books from lying flat (which is especially helpful for pianists), you may choose to have the anthologies rebound for use in performance. Most copy shops are able to - quickly and cheaply - shave off the spine of a perfect bound book and rebind it with a coil/spiral. Coil binding is usually preferable to comb binding in this instance because coils preserve the pages better, and turn more quietly, provided that the coil is wide enough to accommodate page turns.

Be the first to review “The Etudes Project: Volume 1” Cancel reply